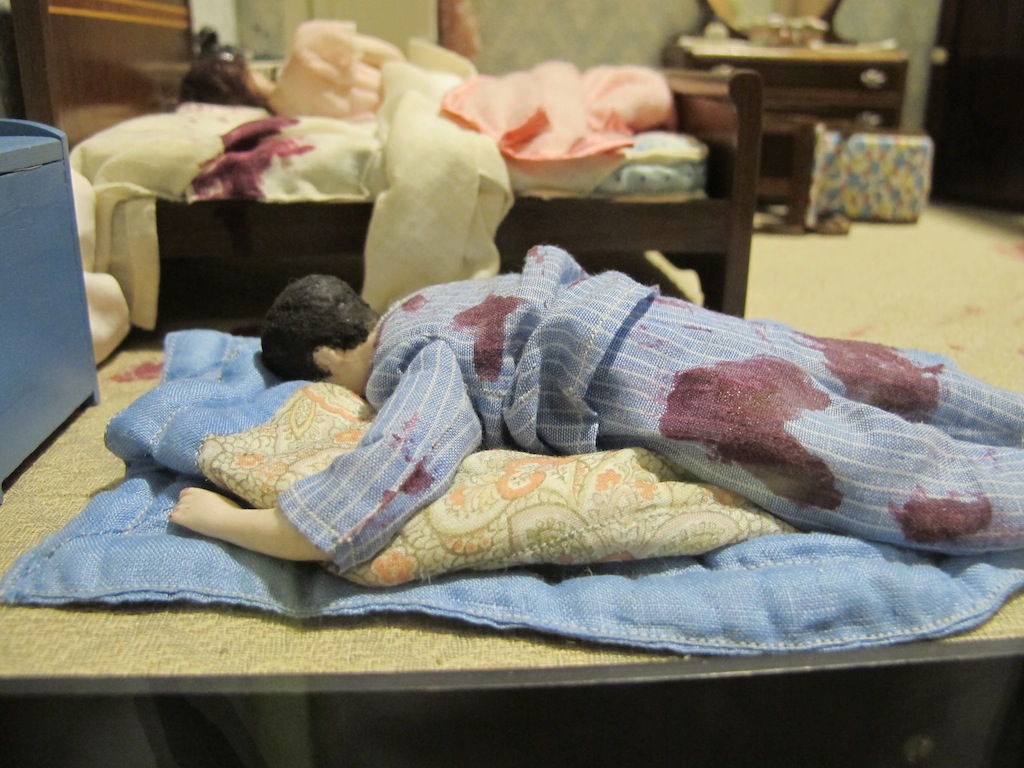 When I was preparing my murder-in-a-museum scene for the 2012 Flower Show, I was lent a book on some miniature murder scenes by a friend from my Charlie Chan chat room (thanks GWS). The book was called The Nutshell Studies of Unexplained Death (by Corinne May Botz) and it documented the work of Frances Glessner Lee who in the 1940s recreated in miniature vivid crimes scenes that were used for training in criminal forensic studies. The dioramas are still in existence and they are housed in the offices of the Medical Examiner for the State of Maryland. GWS and I decided to visit the dioramas and had a great time exploring each scene and trying to solve the crimes. But the biggest crime was that I never posted any of the hundreds of photos I took that day. So here they are, nearly a year later.