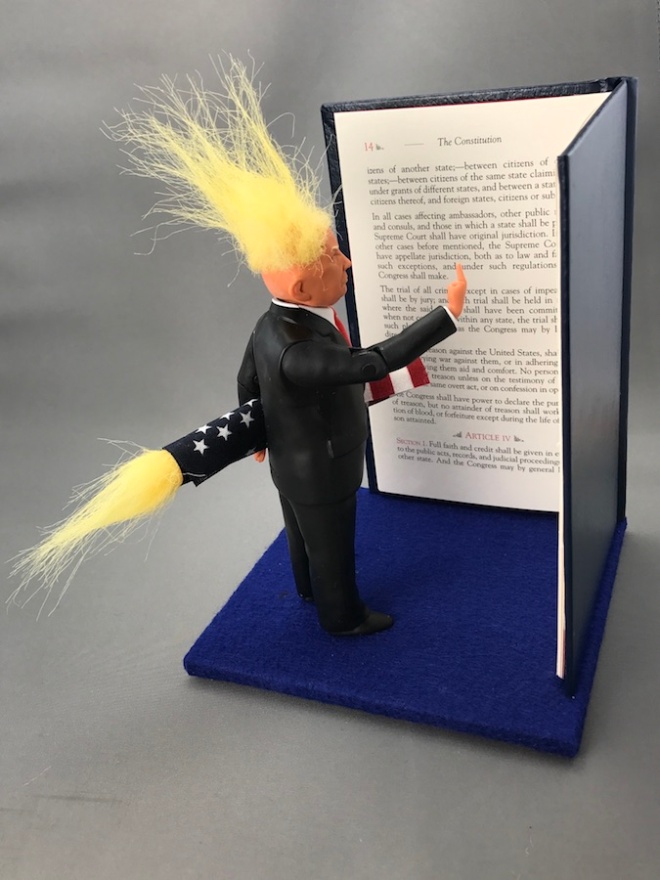 I am thrilled to announce that a show of miniature political art that I am guest curating will be opening soon at Darren Scala’s wonderful gallery and store in Hastings-on-Hudson, NY. You can see details of the show at Darren’s website: DThomasFineMiniatures.com. The opening reception will be Sunday, June 18th from 1-5pm.

I will be highlighting works in the show as the date comes closer but today I want to show three pieces that I have developed that use a Donald Trump model developed by FCTRY, a group of artists in Brooklyn who have made fantastic action figures of political figures. I am not in any way connected to them or supported by them but I purchased several of their Trump action figures because they were perfectly proportioned and had removable hair.

In several of the following pieces, I replaced the plastic hair with flaming Trump hair, a theme through many of my works in WEE#RESIST. Here is a preview of the works.