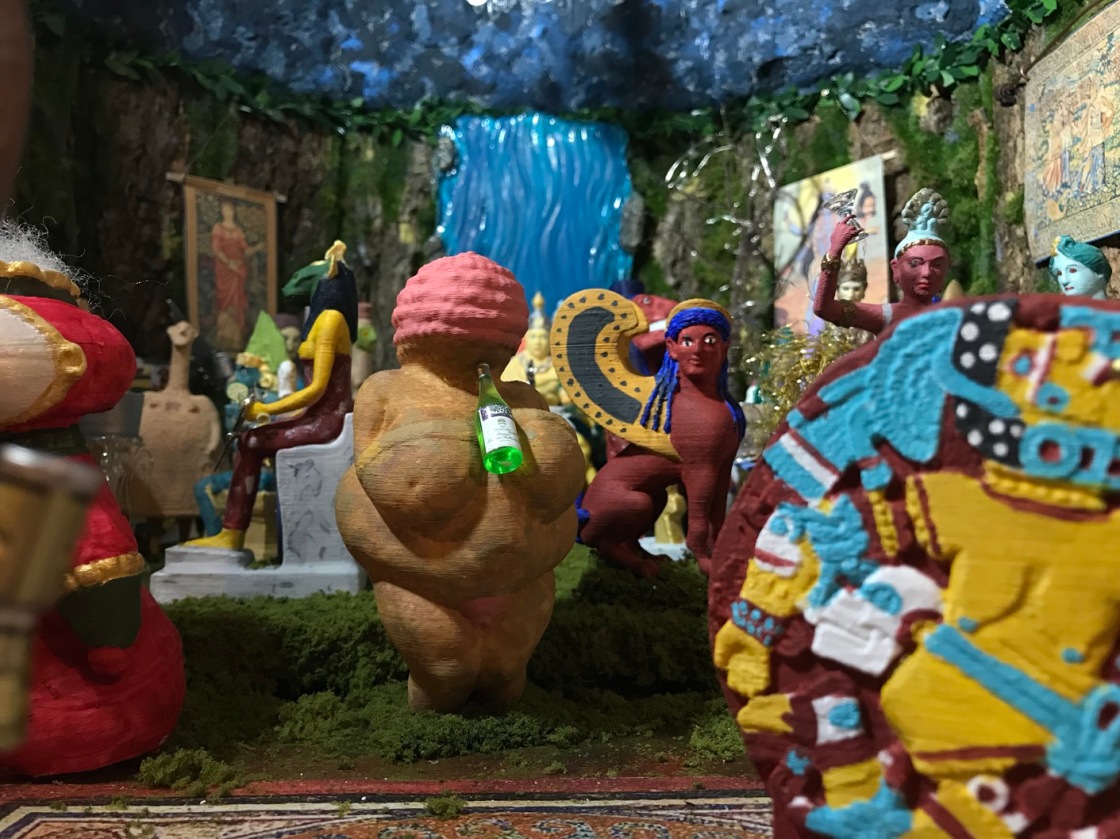 I am the Art Director for an exhibit at the Belmar Arts Center (NJ) titled, “The Goddess Show.” We had a great turnout with more than 50 artists exhibiting 70 works. The show continues until the end of March.

My own entry was a 3D printed miniature scene of nearly 50 goddesses from around the world and through time. I researched each goddess and downloaded 3D files that I used to create one inch scale figures. Many of the 3D files were found in a wonderful project called “Scan the World” which makes available scans of objects from many museums around the world.

As often as possible I painted the printed figures with colors confirmed by historical research on the actual appearances of ancient sculptures and objects (except I doubt the Venus of Willendorf was wearing a crocheted pink hat!). I have studied ancient goddesses for nearly 40 years so it was fun to materialize this history of powerful (and often vengeful) females.

I put the printed figures in a scene called “The Great Goddess Bar and Grill” and imagined that the goddesses would joyously be partying with their sister deities. Below are some of the images from the exhibit and also the info pages that were in a binder near the scene.

The description as well as the attribution (the source of the 3D file) for each goddess is below. I have citations for the text if anyone needs to see that. In addition to the 3D models there are a few 2D images printed on fabric and hung as miniature banners or tapestries.